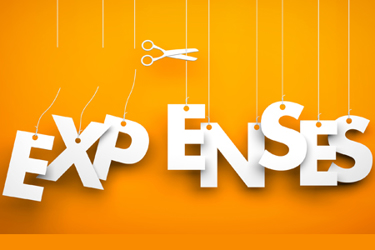 I am using the following project as a good representation for what the biopharmaceutical manufacturing industry can accomplish.

A large, well-established biotech company with an expanding pipeline needed to increase its manufacturing capacity. A project team was assembled, and they developed a set of designs and recommendations to build a facility that would produce one ton per year of antibody product.

The executive management team had been recently made aware of advances in innovation in biomanufacturing and insisted the new facility needed a major reduction in capital and operating costs compared to a traditional stainless-steel facility. It was decided that to meet the requirements of reducing capital and operating costs, a very large percentage of the operations should be handled by single-use technology. Consequently, the next step was to build this facility and, to do that, the project team had to line up several single-use equipment vendors.

Single-use technologies were implemented from media prep through buffer prep, to seed train and bioreactor and through the downstream train, including the surge volumes between chromatography steps, right through to the virus filtration step at the end of the process. Various options were tested over several years by the process development team and there was a lot of work done with real drugs to verify the validity and performance of those different options. That data was reviewed by the executive management team to ensure the project stayed on track.

The build was completed. Start-up challenges included synchronizing all operations to work together across the entire facility and increasing productivity in the bioreactor to maximize cell density and titer.

The application of single-use technology was successful across all the unit operations through bulk fill. Once the facility was up and running and had been through validation, it was decided to license the facility, which required inspections from the FDA, the EMA, and the Japanese authority.

The productivity of the processes continued to improve as they were scaled up and it was possible to tweak the process to improve yields both upstream and downstream. Downstream, a semi-continuous connected process was deployed, rather than a continuous process. The connected process had no gaps in between the chromatography steps, i.e., the product is batched in the first chromatography step, held in a surge bag, and then loaded onto the second column and run down the line to the end of the process.

The benefits of the single-use technology and the open architecture facility converted into a very dramatic reduction in operating costs:

The energy reduction was mainly because the need to use cleaning steam and cleaning fluid for the stainless-steel equipment had been eradicated. There was also a concern about the amount of solid waste from the single-use materials, but it turns out this was offset by the elimination of the number of barrels of detergents, acids, and alkalis normally used for clean in place operations.

The facility passed all three inspections with regulatory agencies and is now a commercial facility.

Do your homework in terms of process development and evaluating different single-use vendors. There are many of them, and there are supply chain shortages that can threaten schedules, so it’s advisable to get your process development team to evaluate different vendors so you can go out for competitive bids when sourcing single-use components for your facility. 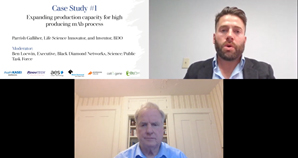 This case study was presented at Evaluating Biopharma’s recent virtual event, “Pharma Shifts to Biologics.” Details of future events can be found here. You can watch Parrish’s talk in full and on demand here.