Process Workflows In The QC Lab Of The Future: An Endotoxin Assay Story 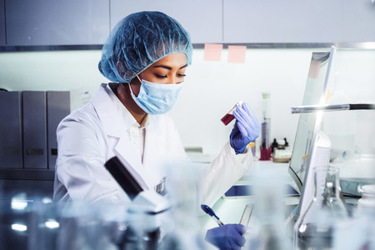 In the vision of a quality control (QC) laboratory of the future, the automation of analytical tests is seen as a crucial step.

QCs everywhere have two important missions: Ensuring an efficient batch release, which relies on the efficiency of analytical methods, and guaranteeing the supply reliability. To achieve these goals, the analytical methods need to become more efficient.

Different risks can be associated with current analytical methods: robustness issues, limited throughput, environmental, health, and safety (EHS) risks, risk of human error due to method complexity, lack of traceability that can induce data integrity issues, deviations from the procedures in place, compliance matters, and business continuity problems. Some of these risks can be tackled by investing in new technologies to modernize our analytical methods, but they can also be addressed by simplifying our processes. Automating tests and data management can facilitate and optimize analytical methods. In particular, when integrating an end-to-end automated process, three major benefits are expected: (i) an increase in the reliability of results, (ii) an increase in throughput, and (iii) a reduction of EHS risks. All of this would drive a safer process with faster yet more reliable results.

The reliability of results can be improved by implementing standardized methods, which will in turn reduce variability and human errors.

The data integrity aspect can also be tackled through better traceability, for instance, through electronic reports, audit trails, and log files of the automated platform. This allows for easier control and reviews of the runs.

The throughput should increase by optimizing the runs. In addition, this will allow a reduction in manpower, and these resources can then be allocated to other activities with higher added value.

Finally, the EHS aspect is also central to this “QC of the future” vision. The use of automated systems can reduce the exposure time of operators to dangerous products and reduce use of animal-based reagents.

12 Key Steps In An Automation Project

The integration process of an automation project can be summarized in several steps (Fig. 1). 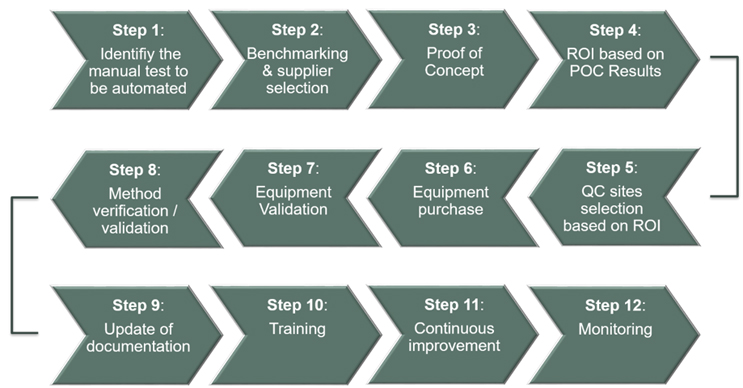 Figure 1 : General process of a new technology implementation project. The 12 milestones cover the entire cycle, from the identification of needs to the post-implementation monitoring.

First, an evaluation of what the needs are is performed. In this phase, the user requirement specifications are assessed, and a first rough calculation of the benefits is performed.

Based on the user requirements, the selection of the supplier and equipment can be done.

It is interesting to note that at this stage, the question of whether to choose a versatile automated platform or, on the contrary, a dedicated one, may arise. The choice of a dedicated platform may be justified if a large workload is associated with the test meant to be automated. Otherwise, there will be trade-off between the versatility of the equipment and a decrease in its availability, due to the equipment being used for other similar tasks.

Once the equipment is selected and designed, a proof of concept (POC) using real samples will evaluate the method’s performances. Based on the POC results, an accurate return on investment is calculated. After those steps, the device is eventually purchased, installed, and validated by the supplier on-site.

The next milestone is the internal validation of the equipment, ensuring the method can be used under GMP conditions.

Subsequently, the documentation phase begins, and the development of the training package starts. Preparing training modules is a critical phase of the project. When introducing new process technologies, one could also envision using new training technologies. Augmented reality (AR) or virtual reality (VR) training modules, for instance, can prove to be a valuable support for operators when learning how to use automated platforms.

After each project, an “after action review” is performed. This is critical for further projects, as it identifies the points that can be improved.

Finally, to close the project, a monitoring phase will assess the robustness of the new equipment and method through time.

Implementing An Automation Project To Detect Endotoxins In Samples

The whole implementation process can be illustrated with a concrete project. The following section describes the integration of an automation project to perform LAL tests for water and buffer samples.

Limulus amoebocyte lysate (LAL) tests remain a staple laboratory method to detect bacterial endotoxins in a sample. [1] This is due to the capacity of the amoebocytes of the horseshoe crab to react with the bacterial lipopolysaccharide (LPS) of gram-negative bacteria with a high sensitivity. In the animal, the Limulus clotting factor C, produced in the amoebocytes, will trigger a coagulation cascade upon detection of bacterial LPS to protect the organism from infection. [1] This reaction has been exploited for decades by scientists, progressively replacing the less sensitive and less specific method previously used to detect bacterial endotoxin in fluid samples.

In its most basic form, the LAL can be used as a simple binary diagnostic method through a gel clot assay. The presence of a clot in the tubes indicates that the LAL reacted with bacterial LPS (Fig. 2), suggesting the presence of endotoxins in the sample.

Figure 2 : The gel clot assay is the simplest form of the LAL test: If the amount of bacterial LPS is sufficient, it will react with the LAL and rapidly form a clot in the sample tube. If not, the sample will remain liquid.

Other types of LAL tests were subsequently developed, including a semi-quantitative turbidimetric test and a quantitative chromogenic assay (Fig.3), allowing for more accurate evaluation of potential endotoxin contamination. [2] The latter became a standard tool in the pharmaceutical industry, used daily by numerous labs as a quality control for their samples.

Figure 3 : A typical LAL chromogenic assay in a 96-well plate. The pharmacopeia requirements call for a standard curve laid out in duplicate, as well as positive control and samples, making for a total 21 possible samples per plate.

However, as prevalent and reliable these methods proved to be, the natural demand for ever-increasing quality and control drove companies to rethink how this assay is performed in the lab. This led to automation of the LAL chromogenic assay, thanks to a dedicated robotic platform to dilute samples.

A proof of concept was conducted successfully on such an automated platform. In this setup, a built-for-purpose robotic arm handles the dilution and pipetting of the samples. This automation not only frees the operator for other tasks with better added value but also reduces the number of error-prone steps, thereby increasing the robustness of the test.

In addition, this platform replaces the classic 96-well plates used in traditional LAL assay with cartridges containing lyophilized reagent stored in capillaries. This change effectively cuts down the amount of LAL reagent used by 95%. This drastic reduction makes the method more in line with the Three Rs philosophy of Russel and Burch in 1959: replacement, reduction, and refinement. The idea of the philosophy is to either replace the animal experimentation completely, if possible (replacement), or at least reduce the amount of animal reagent used (reduction) and refine the process as much as possible (refinement) to limit our “footprint” as much as possible and increase animal welfare. Indeed, because the Limulus amoebocyte is extracted from live animals, reducing as much as possible the volume of reagent needed per reaction was crucial for an eco-friendlier protocol. The cartridge technology also allows for an increase in throughput: The provided standard curves and the new cartridge reader allow for 60 samples per run instead of the 21 permitted by the old process (Fig. 3).

This is therefore an end-to-end platform, limiting human intervention, saving on animal-based reagents, and increasing throughput. 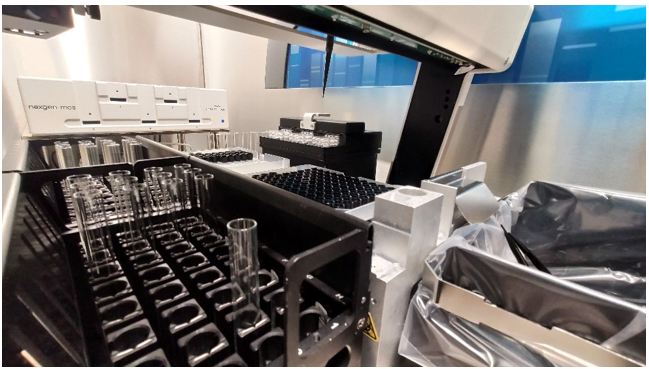 Figure 4 : Illustration of the working deck of the automated system

Once the proof of concept was successfully completed, a business case based on the cost/benefit balance was calculated to quantify future gains.

In terms of costs, the cost of purchasing the equipment as well as consumables and maintenance was considered. The benefits relate to gains in throughput and manpower, reduction of repeats, and reduced waste of reagents.

Based on this business case, specific QC sites were selected for the implementation.

For many sites, this is the first automated platform integrated into the lab. Therefore, implementing a complete training package is essential. To make training the most user-friendly, it was decided to use innovative technologies such as VR and AR. Two additional modules were developed, one in VR to allow the user to have initial contact with the equipment in a completely secure environment, the other in AR to allow the equipment to be used in practice with virtual instructions in support.

The project is still being implemented and go-live is expected in mid-2022.

This type of integration shows that the introduction of automation is an important challenge that requires an evolution in the mindsets of many stakeholders. It is therefore important to proceed step by step to be sure to get everyone on board.

Acknowledgments: This work was sponsored by GlaxoSmithKline Biologicals SA. The authors declare the following conflict of interest: Both authors are employed at the GSK group of companies. The authors thank Charles River company for their support in this project.

Aude Smeets is an analytical technical expert in automation at GSK on its Vaccines Global QC team working on the integration of new technologies in QC and automation of current QC analytical methods. She has been working at GSK for 12 years, first for industrialization as lab supervisor developing analytical methods to support the scale-up of production, and then for quality control as lab supervisor/manager to support production through various physicochemical and biochemical tests. Smeets received her Ph.D. degree in 2008 from UCL (“Université Catholique de Louvain”) University, Belgium.

Sébastien Gillet is a microbiology consultant at GSK on its Vaccines Global QC team. He has been supporting the implementation of new technologies at GSK for two years. Previously, he worked in fundamental research in the field of microbiology, genetics, and molecular biology both in the United States and in Belgium. Gillet graduated from the University of Namur, Belgium, where he obtained his Ph.D. degree in science in 2019.