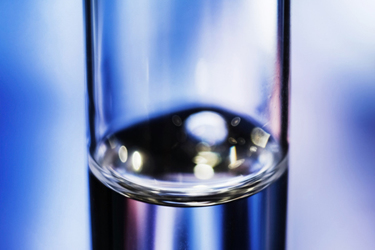 The pitfalls and best practices were derived from various OWBA end users who are members of the OWBA Workgroup. The workgroup is composed of many companies within the pharmaceutical/biopharmaceutical industry who share a goal to accelerate OWBA implementation and routine use.

Extended Use Of Microorganism Preparation

Unless it is specifically part of the experimental design (e.g., use of a prepared starved culture), limit the use of a fresh microorganism preparation to a few hours at most. Microorganisms become stressed in water, resulting in potential changes within the culture (e.g., viability, metabolism, clustering/clumping, and size). The changes in the culture dynamics are often difficult to measure and could result in confounding data.

Adding Particles To The Test

The successful execution of a microorganism challenge relies on a combination of particle control techniques and good aseptic practices. While microbiologists easily recognize the need to employ aseptic practices to provide for reliable data, it may not be clear why particulate control is just as important. Particle control is necessary since an OWBA detects microorganisms by measuring the cell as an appropriately sized particle that emits an appropriate fluorescent spectrum. Particles are ubiquitous in the environment, and some of these particles could also be fluorescent. Therefore, rinsing materials with “particle free” water is one technique used to remove extraneous particles from the test environment (e.g., materials, consumables, instruments, etc.). This level of particulate control is aimed at ensuring particulates in the sample can be detected and differentiated from those in the environment.

It is important to emphasize that materials that are “sterile” are not necessarily particulate free. Further, many sanitizing agents and detergents themselves are full of fluorescent particles. While sterile and sanitized materials are necessary in any microbiological test, care should be taken to ensure that the sterile/sanitized items do not significantly contribute to the level of fluorescent particles present in the test.

It can be extremely difficult to consistently and predictably control the level of extraneous particulates in laboratory challenge testing. In experiments where discrete sample testing is used, it is the inconsistency in sample preparation that often leads to non-linear data sets.

A one-to-one correlation of the counts from an OWBA and the colony forming unit (CFU) from a conventional plate count method should not be expected, as the scientific basis of microorganism detection differs greatly between the two methods.

Conversely, some microorganisms may have lower detection on the OWBA as compared to the conventional plate count due to the size and fluorescence signals. Where a microorganism’s size and/or fluorescent signatures fall outside the OWBA’s predefined set of detection thresholds, the cell(s) may not be reported as a count.

A comparison of water types may be a desirable outcome of laboratory studies to assess if the instruments can detect the difference between “clean” and “dirty” water; however, when evaluating different types of water, consider the number of particulates that may be introduced. Water with the appearance of adequate control (e.g., pretreatment water) may be monitored by traditional methods and demonstrate a gold level of control with low bioburden; however, the water is not routinely monitored for particulates. The presence of non-microbial particulate contamination may blind the instrument, and, in these circumstances, the results obtained from the OWBA may appear “cleaner” than the higher-grade purified water or water for injection.

The following sources may be used to develop an appropriate challenge panel:

It is recommended to keep the microbial challenge panel relevant to those microorganisms that may be present in a water loop. Therefore, it would be appropriate to omit testing of non-relevant microorganisms such as fungi, spirochetes, mycoplasma, etc.

Microorganism Inoculum Preparations Should Be Created In Water

The OWBA instruments are designed to differentiate the presence of microorganisms from water in closed-loop pure water systems. Components found in common microbiological diluents (e.g., saline) are not present in these closed-loop systems and contain artifacts that may artificially increase the count reported by the OWBA.

Lyophilized cultures such as BioMerieux’s BioBalls or Microbiologics EZ-Accu Shot should not be used for direct preparation of the water sample.10 Ready-to-use culture preparations such as these contain a significant particulate load, and these particulates may also be fluorescent, leading to false positive results.

Sanitization Of The OWBA Prior To And Post Microorganism Testing

The unintended addition of particles to the microorganism preparation may falsely increase the count on the OWBA. Therefore, during microbial challenge testing, it is important to use not only aseptic technique, but to also exercise particulate control. It is recommended to control and understand the addition of extraneous particles during the microorganism preparation using the following techniques:

OWBAs can readily enumerate microorganisms in water with essentially real-time detection. Their increased sensitivity and differing method of detection of microbes as compared to classical growth-based methods means that OWBA studies require additional care to avoid introducing artifacts into the tests. These lessons-learned from prior studies are provided as practical guidance for OWBA users to create and conduct their own controlled studies of water using online bioburden analyzers. The key is that OWBAs require nearly as much focus on particle science as they do on microbiology. Through this awareness and through exercising care in sample preparation and experimental design, OWBAs can be used to successfully enumerate microorganisms in aqueous samples.