UK - In work published in the journal Polymer (June 2007) Oxford researchers have taken an important step towards understanding why it has been impossible to artificially spin protein fibres with the superb material properties of their natural models, the silks of spiders and silkworms. 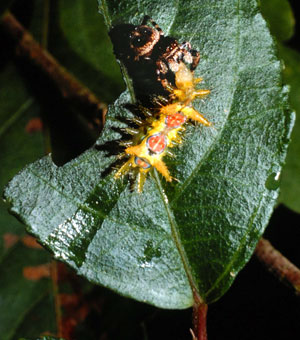 Using a Bohlin Gemini HR Nano rheometer from Malvern Instruments, Chris Holland and Professor Fritz Vollrath, together with Dr Ann Terry and Dr David Porter, took unspun natural silk dope and compared it to artificial silk dope under shear forces similar to those encountered in a natural spinning duct. Optimized for the control of ultra-low torques, the Gemini HR nano is ideal for probing sensitive material structures and allowing measurement of low volume samples. The research group discovered fundamental differences in kind, not just in degree, between the natural and artificial silk dopes.

This research builds on previous work by the Oxford group, which demonstrated that the flow characteristics of native spider and silkworm dopes are very similar despite the independent evolution of the two silks. Such convergence of the two distinct materials towards an identical flow behaviour strongly suggests that dope rheology is a key to the production of high-performance protein fibres

Native silk dope taken straight from the gland can easily be drawn into strong fibres, but the fibres from artificial dope cannot be spun into any type of serious filament without unnatural treatment using strong chemicals. Clearly, native silk dopes have the innate ability to form into a fibre, which is lost in translation when attempting to create artificial silk dope. Discovering the mechanisms behind this seemingly effortless process will be a crucial step towards the biomimetic spinning of artificial silk fibres using the animal's own technology. For further details of the research work visit: http://www.admin.ox.ac.uk/po/070601a.shtml and www.oxfordsilkgroup.com